The End in Sight - Arzacq-Arraziguet to SJPdP

We are now clocking up some quite long days on a regular basis, with today's jaunt between Arzacq-Arraziguet and Arthez-de-Bearn being a case in point. 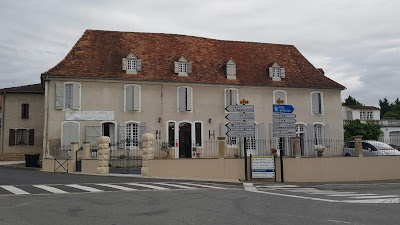 After the culinary heights of the previous evening and a scrumptious breakfast, rest for our weary bodies and salve for our sore feet, we were suitably fortified and fuelled for the day ahead. Passing through the two town squares, we picked up some lunchtime victuals and headed out into the countryside, following quiet lanes and tracks between the tall corn cob crop once again.

Despite progressing at right-angles to the grain of the land, the countryside we had traversed over the past few days was not dramatic, rather it was quietly rural and charming in a low-key way. With villages few and far between and towns significant distances apart, highlights such as they were – a beautiful mill at Louvigny, the stained glass of a small modern church - were infrequent. 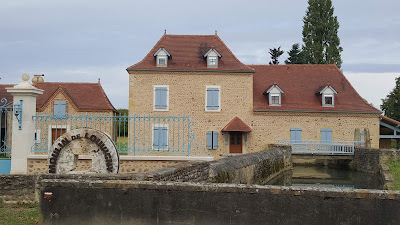 But this was set to change. Today the ground became more noticeably hilly, and the Pyrenees now appeared as more than just a grey smudge on the skyline, with individual peaks becoming clearly visible. 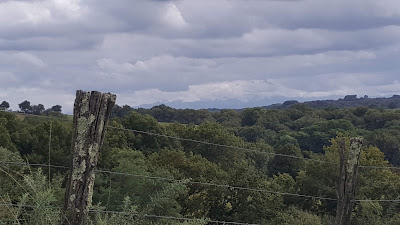 We took several short rest stops for food and drink before taking a decent break at the alimentation in Pomps, where we bought drinks, fruit and emergency supplies from a quaint shop that was much larger than its modest frontage belied. 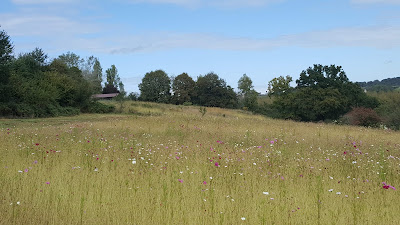 The afternoon seemed endless, but eventually Arthez-de-Bearn could be seen on the ridge ahead of us. A circuitous route finally brought us to the edge of the village, only to discover that it was one of the longest villages in France. And, of course, our lodgings were at the far end!

The effort was worth it though, as we were to spend the night at the wonderful 400-year-old house of La Carrere. We had thought the previous night’s accommodation would be hard to beat, but although very different in character our night at La Carrere was every bit as wonderful. Lovingly renovated and decorated in period style, Mike and Fritz were determined to bring the house back to its former glory. We had a delicious dinner in the baronial dining room, wonderful company and a magnificent bedroom far too sumptuous given our dishevelled state.

A combination of lost stats, failed posts and dodgy Wi-Fi meant I didn’t keep up with the daily reports for the final days as I should have done. However, the photos survived, and they will have to suffice as a lasting record of our approach to St Jean Pied de Port.

The 19-mile stage from Artez-de-Bearn to Navarrenx began with light rain. Not a downpour like we experienced a couple of days earlier, but a light-but-steady drizzle that was just enough to warrant waterproofs. 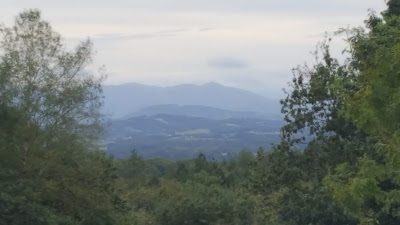 Over the previous 5 days, we had completed almost 100 miles of walking and, while we loved the challenge, at times it had seemed quite tough. The Pyrenees, so distant just a few days ago, were now much more distinct. 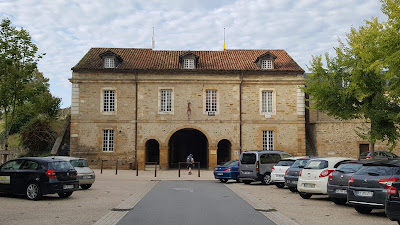 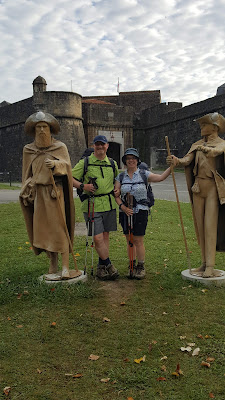 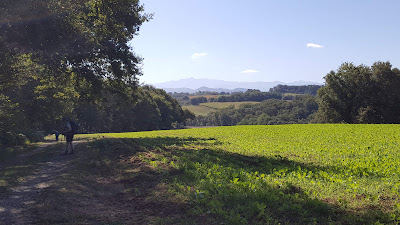 We really enjoyed the days from Navarrenx onwards. The scenery changed, the wide valleys and periodic ridges of previous days became rounded, wooded hills, more altitude was gained and lost daily, and the Pyrenees grew closer and more formidable. And, although we were nearing the end of this part of our journey, we weren’t downhearted – the end bringing a sense of achievement and excitement rather than the sadness of an adventure finishing. 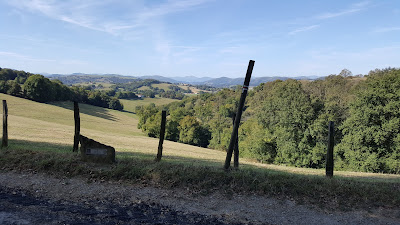 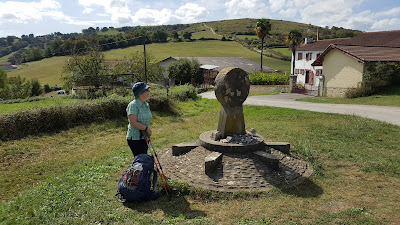 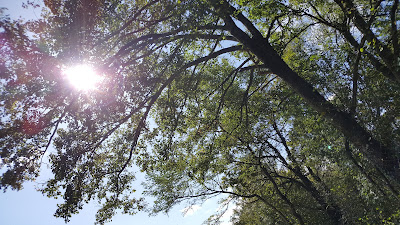 The last day into St Jean Pied de Port was busy with pilgrims. Some we knew, but many we did not. The town was buzzing with hikers – some finishing the GR65, others midway through a GR10 traverse, yet more about to depart on the Camino Frances – and we remembered our own excitement when we stood in this same place back in May 2013 waiting to take the first footsteps of our Camino.

This crossroads of routes at the foot of the Pyrenees is a transient place, but for us it provided a fitting ending to our Via Podiensis.

Overall, we’d had two great weeks, accumulated around 230 miles of walking, wandered through varied countryside, consumed excellent food and drink, and experienced memorable hospitality along the way. It means we have now walked a continuous line (albeit in sections) from Le Puy to Santiago, around 1000 miles across France and Spain, every inch on foot. 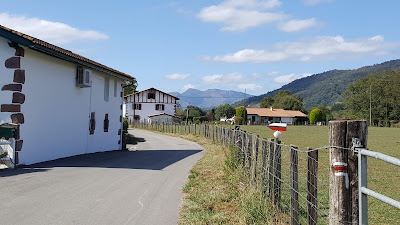 It will take time to fully digest the walk, as it always does, but one thing is for sure: our passion for Camino walking hasn't yet been dimmed. Our thoughts turned towards the next section we wanted to undertake, and plans were laid – plans subsequently scuppered by Covid 19 and the attendant travel restrictions. 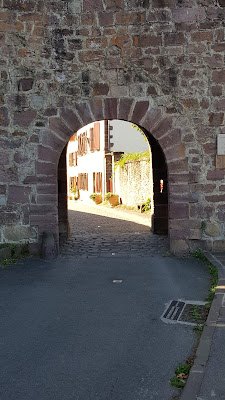 For now, we will remember an enjoyable trip and a sense of personal achievement, but one day we will travel again and take up the challenge of walking the wobbly line across Europe once more.